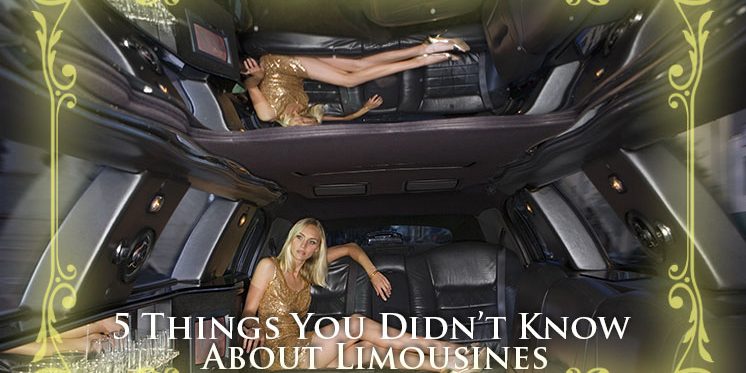 Limos have come a long way- with almost everyone today has probably been driven in a limousine. Limousines come in different shapes, sizes, types and colors available for you to rent.

Limousines were the first cars to install air conditioning.

Even though it was expensive and inefficient- air conditioning was optional for clients to have in their limos. In the 40’s- it took about half the space in the trunk and was an extra $274 to have it installed. Another fact- there was also no way to measure the temperature for the air conditioner.

The word chauffeur comes from the French word “stoker”- which means the operator of a steam engine. That led from people associating the word “chauffeur” to a car or limousine driver transporting passengers.

The world’s tallest limo is 3.3 meters (10 feet, 11 inches) tall. It has 2 engines and is a vintage white stretched sedan. It is also equipped with 8 monster tires, making it 30cm off ground level.  To get a feeling of how tall it is, an average person is about half that height. SO if you’re standing right next to it, the limo will probably be twice as tall as you are.

The first stretch limousine was built in 1928.

It was made for a musical band called “The Big Band”. The big band was popular up until 1944, where they used the limo bus for all their touring purposes.

The world’s fasted limo is a Ferrari stretch limousine and has a speed of nearly 170mph. It is 20 feet long and comfortably seats 8 people. It boasts a 3.6-liter V8 engine that launches the limo from 0 to 60 mph in less than 6 seconds. Between each seat is a 10-inch flat screen TV- that can also allow you to view the outside world from the cameras mounted outside the vehicle. If you want to take a ride at this beast- it will cost you around $1,030 an hour to rent it.

Category: The World of LimosBy adminJune 15, 2016Leave a comment